We need to talk about chemsex!

Gay people, sex and drugs are a taboo in Russia. Despite the fact that those topics are usually not discussed, chemsex is gaining pace in the society.

Maksim Malyshev, Social Work Coordinator at the Andrey Rylkov Foundation, told AFEW International about the problem of chemsex, the rudiments of harm reduction in Russia and the mental health of people engaged in chemsex. 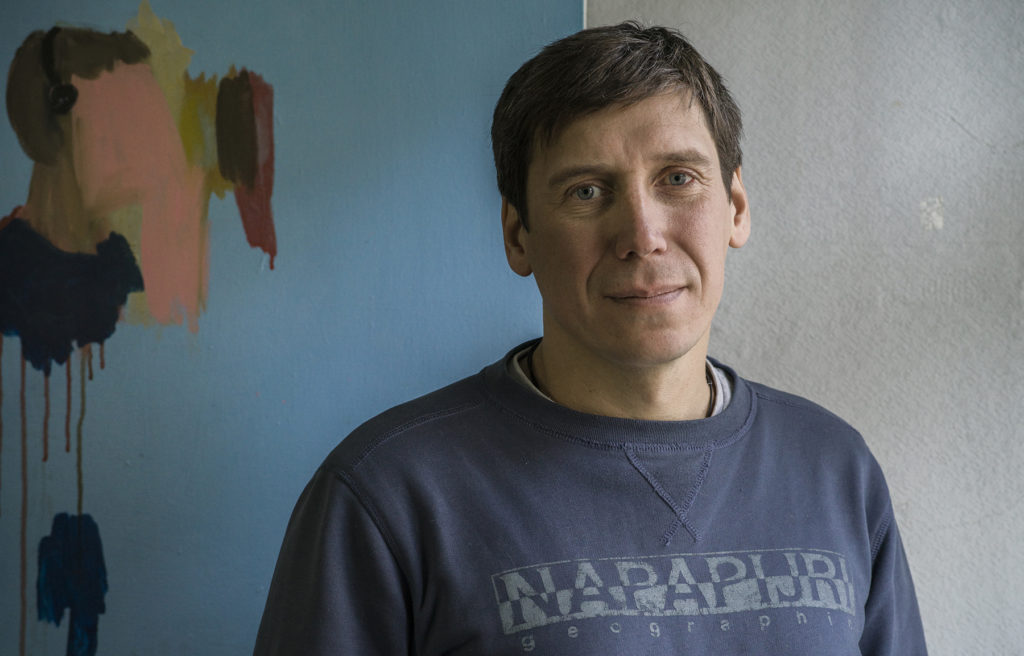 How widespread is chemsex in Russia?

It is a difficult question as so far there have been no studies on the prevalence of chemsex in Russia. Based on my personal observations, I can say that it exists and gains popularity over the time. Firstly, it is a global trend. Secondly, drugs are easily available in Russia through the dark net. Thirdly, discrimination and stigmatization of the vulnerable communities, in particular LGBT people, lead to the growing pressure on the community members, so they are more tempted to get isolated and engage in new destructive experiments.

Is chemsex a problem of big cities or does it also exist in smaller towns?

Mainly, it is a problem of metropolises – Moscow, St. Petersburg, maybe Ekaterinburg, Rostov and Krasnodar. It is important to understand that big cities are the centres of the gay community. Gay people from all over the country come to such cities because it is easier for them, they are not so stigmatized, there are more opportunities and a bigger community there.

Why is chemsex mainly the problem of gay community?

Of course, sex and drugs exist not only in the gay community, but also in heterosexual and transgender communities. However, I as well as many other experts in this sphere stick to the classical concept of chemsex and associate it specifically with the gay community. This community is affected by all the factors, to which chemsex can be related. I mean minority stress, stigmatization, and peculiarities of self-identification (where sex is an important element). In transgender communities, there are also drugs and sex, and for many transgender sex workers drugs are the way to survive, respond to their personal problems, depression, etc. This is only my personal opinion, of course, and I cannot speak for those communities.

What are the key issues caused by chemsex?

There are four key issues: HIV and sexually transmitted infections, mental health, the problem of choice and violence and loneliness.

When people engage in chemsex, their sexual activity intensifies, substances enhance their libido and endurance, leading to the growth in the number of sexual intercourses and partners, while their ability to control the important things goes down. People do not use condoms, their sex becomes more traumatic, their sensitivity threshold is reduced, while the level of energy and aggression goes up, which altogether leads to the higher risks of HIV and other infections.

Talking about the mental health problems, it should be mentioned that after chemsex people feel lonely and exhausted. In Russia and Europe, people engaged in chemsex use the substances, which have a negative influence on their mental health, so that it is more difficult for them to be mentally stable. They grow addicted, so when people stop taking substances, usual sex feels dull to them. The situation is aggravated with the repressive drug policy and fear of people to draw the attention of police and criminals, becoming the target for blackmailing.

Are harm reduction services available to people engaged in chemsex in Russia?

Now, we only have some rudiments of such services in Russia. For instance, Andrey Rylkov Foundation implements outreach activities at the techno parties for gay people. We distribute condoms, lubricants and test people for HIV. Besides, we organize self-help groups for people affected by chemsex. Such groups meet on a regular basis. We also focus our efforts on providing psychological support to people chemsex survivors. AFEW International really helped us by supporting the project allowing our outreach workers to visit techno events. We procured condoms and lubricants within the ESF grant. This grant gave a big impulse to develop our activities.

I know another Russian organization, which opened an NA group for the gay community members. Those are all the services available for now. That is why our foundation together with Parni Plus NGO submitted a joint proposal to the Elton John AIDS Foundation to develop our project aimed at the gay community in the context of chemsex.

What services are to be developed in your opinion?

Now an interesting survey is carried out in the gay community, with the community members telling about their problems, ways to resolve them and share their preferences. Hopefully, we will soon see its results.

As for my personal perspective, I think that more efforts should be definitely aimed at the gay identity, so that people can identify as gay, so that they can open up. It is important for people to accept themselves, come out to their family and friends, and build contact with them. Lack of self-identification is a vital reason why people engage in chemsex. However, it is not possible to implement such activities in Russia as they fall under the concept of gay propaganda.

There should also be a bigger focus on harm reduction services. What we can do now – outreach visits to saunas and apartments to meet the community members – is not enough. It would be good to have a needle and syringe programme. However, many event organizers are afraid to implement such measures as they can draw the attention of police.

I also think that it is important to open rehabilitation centres for chemsex survivors. Today there are no places where we can refer those people! Even if they are ready to pay for the services. All the rehabs are aimed just at people who use drugs, where there is no tolerance to the LGBT community members.

Still, are you able to create some printed or online materials under such circumstances?

Yes, there are some things that the activists do. For example, a comic book on chemsex has been published. It will be distributed in clubs. There is also an anonymous website, where LGBT community members can find the information on harm reduction and rehabilitation.

What was your biggest impression lately?

There was one case, which startled me not so long ago. There was a guy, who came to our foundation with his story. Some people he met invited him to have sex in a park after using some mephedrone. When he came there, he saw that his new “friends” had wristbands and a club. They took him to some strange venue, where there was a corpse lying. The guy was frightened and managed to escape somehow. He told us that afterwards he was ready to call the police and file a complaint against those men. But then he was too afraid. He was afraid that the police would not believe him, afraid that he would be arrested for using drugs, afraid that he would lose his job, would be registered with the police and would become a victim of jokes because of his sexual orientation.

I really hope that one day this situation will change. What we are doing now is a step into the future.