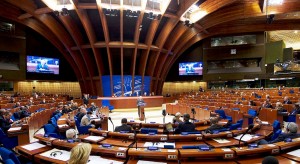 The comprehensive resolution calls upon Council of Europe member states to adopt anti-discrimination and hate crime legislation that explicitly protects transgender people. It also calls upon member states to abolish requirements that necessitate undergoing medical procedures, such as sterilization, in order to change one’s legal gender. In addition, member states must ensure that trans-specific health care is accessible and that the best interests of the child are always given primary consideration in cases concerning children. Council of Europe member states should also consider introducing a third gender option in identity documents for those who do not identify as male or female.

According to data from Amnesty International, as many as 1.5 million people across Europe are transgender. Thus, this resolution represents a great step forward to the transgender community in Europe, whose members often face discrimination, stigma, violence, and health problems. In Eastern Europe in particular, transgender people are at an increased risk of HIV infection and suffer from discriminatory laws and practices that often prevent their access to HIV prevention, treatment, and care.

ECOM would like to thank the Parliamentary Assembly of the Council of Europe for its commitment to protecting human rights. In addition, ECOM calls upon the Council of Europe member states to implement the relevant protections and to curtail acts of discrimination and violence against transgender people.

The full text of the resolution is available here.