The Launch of New Global Platform to Fast-Track the HIV and Human Rights Responses among Gay, Bisexual Men and Other MSM 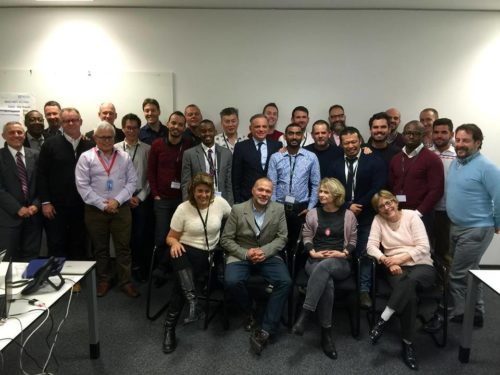 MSMGF, in partnership with UNAIDS, established the first ever advocacy platform to advise UN agencies and bilateral donors on fast-tracking the global HIV and human rights responses for gay, bisexual men, and other men who have sex with men. ECOM, represented by Executive Director Vitaly Djuma, is happy to be the part of the platform and contribute with expert knowledge on EECA region. The participants of the meeting included representatives of regional networks of men who have sex with men, civil society organizations, the Office of the United States Global AIDS Coordinator, the Global Fund to Fight AIDS, Tuberculosis and Malaria, the Elton John Foundation, youth groups, people living with HIV, the World Health Organization, the United Nations Development Programme, the private sector and UNAIDS.

Based on the release by UNAIDS.