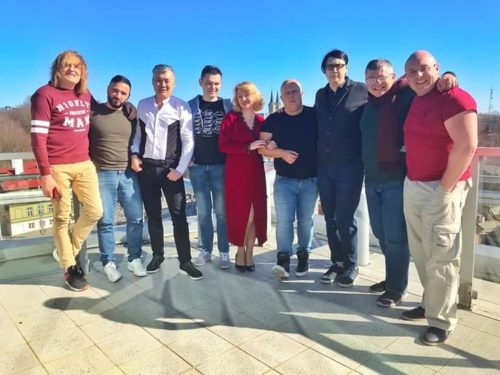 During the meeting, Maria Makovetskaya, ECOM’s consultant for evaluating its strategic plan, presented the preliminary results of the mid-term evaluation of the implementation of the strategic plan and the progress made towards achieving its objectives, preliminary data obtained through an analysis of relevant documents, as well as interviews with ECOM members, Secretariat staff, and partners of the Coalition.

The final recommendations on amending the strategic plan of the Coalition will be submitted for approval by the General Assembly of ECOM members.

Commenting on the work carried out on the assessment of the Coalition’s Strategic Plan for 2017-2021, Steering Committee member, Svyatoslav Sheremet, noted:

“ECOM is a structure of dynamic development, and the situation around us, thanks to us, is changing rapidly in the countries of the region. We designed a strategic work plan for a five-year period, and we are now at its “equator”. So, we have stopped in the middle of it, assessed the situation, and reoriented its directions and objectives. In particular, we have decided to more clearly distinguish the MSM component and the transgender component, while explicitly strengthening the second of the two.”

ECOM’s Secretariat was entrusted with organizing several major events to be held at the end of 2019. These include the 3rd Regional Consultation on HIV among MSM and Trans People in the EECA Region, the next General Assembly meeting of ECOM members, and the election of new Steering Committee members.

Preparations for the Regional Consultation have already begun. A survey of Coalition members and partners has been conducted regarding what issues to cover during the event. The program of the event is currently in development, and the Consultation’s technical committee is holding periodic meetings.