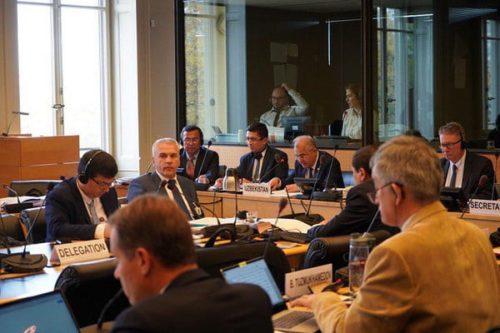 On 11-13 November within the 68th session of UN Committee against Torture (CAT), Uzbekistan is under its fifth country review.

In May 2019 ECOM in cooperation with Central Asian groups submitted report to the UN CAT on Human rights violations based on sexual orientation and gender identity in Uzbekistan for the List of Issues and later prepared report for the country review.

Together with Humans Rights Defenders from Uzbekistan and international organisation during the Country Review, ECOM Human Rights and Legal Issues Officer advocated for the inclusion of the SOGI-related recommendations.

As a result, UN CAT issued the concluding observation which includes separated block on LGBT.

63. The Committee is concerned at reports that lesbian, gay, bisexual and transgender (LGBT) persons are subjected to violence and torture while in detention and to persecution by the police, including through entrapment schemes carried out using websites, threatening videos and extortion, as well as to violence by private persons. The Committee is concerned that the State party indicated that it has no cases open of cases involving violence against lesbian, gay, bisexual or transgender persons, and at reports that the criminalization of same-sex sexual relations in article 120 of the Code of Criminal Procedure renders lesbian, gay, bisexual and transgender people particularly vulnerable to violence by both law enforcement officials and private persons, as they are reluctant to seek protection from violence from the authorities for fear of being arrested (arts. 2, 12, 13, 14 and 16).

ECOM asks Uzbekistan government to repeal the 120 article of Criminal Code and ready to support it in the development of preventing measures to stop the violence against LGBT in Uzbekistan.