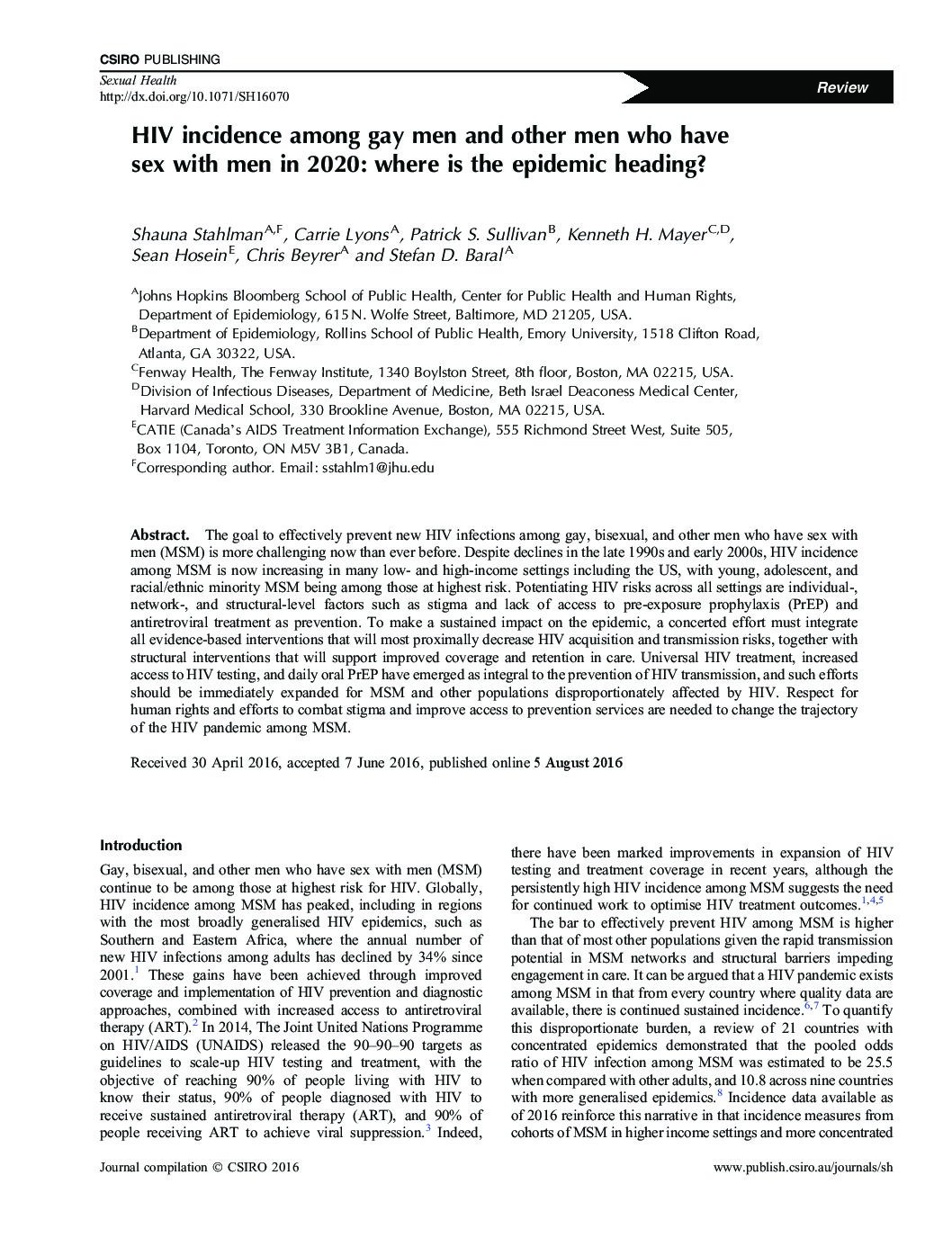 HIV incidence among gay men and other men who have sex with men in 2020: where is the epidemic heading?

The goal to effectively prevent new HIV infections among gay, bisexual, and other men who have sex with men (MSM) is more challenging now than ever before. Despite declines in the late 1990s and early 2000s, HIV incidence among MSM is now increasing in many low- and high-income settings including the US, with young, adolescent, and racial/ethnic minority MSM being among those at highest risk. Potentiating HIV risks across all settings are individual-, network-, and structural-level factors such as stigma and lack of access to pre-exposure prophylaxis (PrEP) and antiretroviral treatment as prevention. To make a sustained impact on the epidemic, a concerted effort must integrate all evidence-based interventions that will most proximally decrease HIV acquisition and transmission risks, together with structural interventions that will support improved coverage and retention in care. Universal HIV treatment, increased access to HIV testing, and daily oral PrEP have emerged as integral to the prevention of HIV transmission, and such efforts should be immediately expanded for MSM and other populations  isproportionately affected by HIV. Respect for human rights and efforts to combat stigma and improve access to prevention services are needed to change the trajectory of the HIV pandemic among MSM.