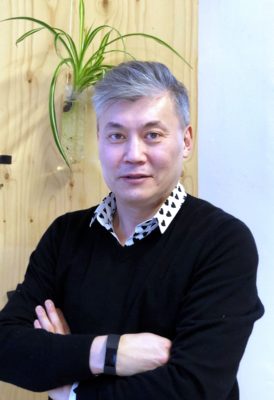 ECOM’s Executive Director Vitaly Djuma is appointed a new member of the Developed Countries NGO Delegation to the Board of the Global Fund to Fight AIDS, Tuberculosis, and Malaria.

“Since its inception, the Global Fund successfully championed meaningful involvement of affected populations in the national and global responses to the three epidemics. It was the Global Fund that showed how community representatives and government officials should and could talk as equals,” said Vitaly Djuma, Executive Director of ECOM. “I am honored to join the Developed Country NGO Delegation. Together with other members, I will work to ensure that while adopting its approaches in a changing global health environment, the Global Fund not only continues but strengthens its commitment to most affected communities, including gay men and other men who have sex with men, transgender people, people who use drugs, and sex workers.”

2019 is a year of the Global Fund’s Sixth Replenishment, crucial to sustain and accelerate the progress achieved by the Fund in ensuring access to prevention and treatment for all people living with, and affected by, the three diseases. For the communities of gay and bisexual men as well as trans people, this includes sustainable and secure support to comprehensive package of human rights oriented services that are needed to halt the HIV epidemic which continues in our communities around globe. To achieve this, ECOM will closely work with the Developed Country NGO Delegation as well with the other two civil society delegations at the Global Fund Board.