Activism under the threat of criminal punishment: LGBT and HIV in Uzbekistan 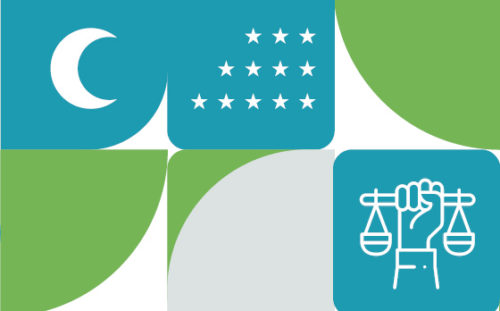 Uzbekistan is a country with a concentrated HIV epidemic. According to official statistics, as of 1 January, 2018, there were 37,861 registered people living with HIV in Uzbekistan.

Cases of HIV are registered in all administrative territories of the republic with the majority in Tashkent and the Tashkent region. The main routes of transmission are sexual (69.5%) and parenteral (19.5%). In 2017, the proportion of men and women living with HIV was nearly equal.

Government agencies report that, in 2017, more than 2,039 MSM from 5 administrative territories of the republic were covered by prevention measures with 151,918 condoms distributed. More than 612 people were tested for HIV using rapid or ELISA tests.

However, the existence of criminal liability for voluntary sexual relations between men casts doubt on such information. Statistical data on MSM living with HIV cannot be reliable, as many homosexual people admit that they do not disclose their sexuality for fear of persecution, even when communicating with medical professionals. It is also common that LGBT people know their HIV status, but do not register for fear of the consequences.

The Constitution of the Republic of Uzbekistan does not directly prohibit discrimination on the basis of one’s health status. Accordingly, there is no such prohibition in the Labor Code, although it does prohibit discrimination on the basis of «other circumstances not related to the professional qualities of employees or to the results of their work». However, this is not a direct prohibition on discrimination on the basis of health. At the same time, the law of Uzbekistan «On counteracting the spread of diseases caused by the human immunodeficiency virus (HIV infection)» does not permit the termination of an employment contract, the refusal of employment, or the refusal of admission to educational institutions (except for certain types of educational institutions). In addition, the law «On the protection of the health of citizens» guarantees citizens protection against discrimination, regardless of whether they have any kind of disease8.

In Uzbekistan, there is direct discrimination against people living with HIV. They are required to disclose information about their sexual partners to relevant state institutions in accordance with article 57 of the Administrative Liability Code, which prohibits concealing the source of infection.

Mandatory HIV testing is carried out without the consent of the relevant person or his legal representative by order of the official of the body conducting the preliminary investigation, the person leading the inquiry, the investigator, or the prosecutor, or by court order in the manner established by law.