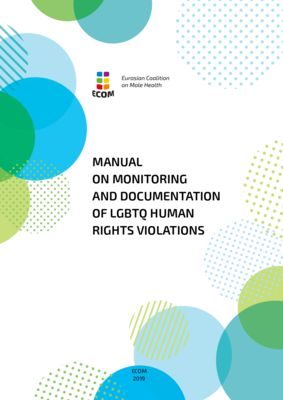 According to data obtained between 2015 and 2018, the HIV epidemic continues to develop among MSM and trans people in the majority of the countries of Central and Eastern Europe and Central Asia (CEECA).

In the 2016 Political Declaration on HIV and AIDS, passed by the UN General Assembly, UN members, including all states in our region, confirmed that the realization of all human rights and fundamental freedoms contributes to global measures taken in response to the HIV epidemic, and pledged to promote the adoption of laws, strategies, and approaches aimed at eliminating HIV-related stigma and discrimination.

ECOM believes that one of the key elements to putting an end to the concentrated HIV epidemic in the CEECA region is the elimination of legal, social, economic, and gender barriers to accessing services.

Legal and normative barriers in countries of our region are exacerbated by stigma in society, which, in turn, is strengthened by government actions, or inactions regarding the investigation of cases of violence and discrimination towards gay men, other MSM, and trans people.

In such a situation, a tremendous responsibility falls on the shoulders of civil society itself.

Civil society is a key player in driving change and achieving prevention goals for two main reasons. Community organizations in all their diversity can provide relevant and needed HIV prevention services to young people and to key populations under circumstances where the government is not ready to do this in full. Civil society organizations can also advocate for legal and policy reforms, which would allow for the implementation of effective programs on a large scale.

ECOM developed this manual on monitoring and documenting violations of the rights of gay men, other MSM, and trans people in order to help activists in countries of the region to strengthen their skills related to collecting and systematizing data on violations of the rights of communities, including the right to health. This manual is also aimed at helping activists to use the data obtained to advocate for policy reforms at the national level.

On 9-11 April 2019 during ECOM’s annual Rights Sensitization Training the Manual will be presented to 11 human rights activists from Armenia, Belarus, Georgia, Kyrgyzstan and North Macedonia.

Manual is available in two languages: Russian and English.