Paata Sabelashvili: “Because HIV/AIDS is so stigmatised in society and in the community itself, this problem is expressed only in statistics, not in human stories…”

News, Interview
Paata Sabelashvili
Created
Главная > Interview > Paata Sabelashvili: “Because HIV/AIDS is so stigmatised in society and in the community itself, this problem is expressed only in statistics, not in human stories…” 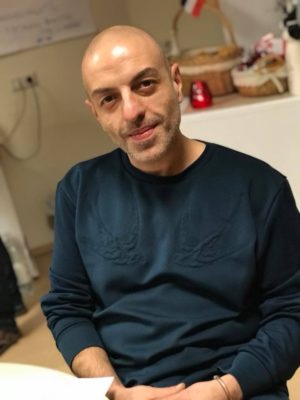 When you grow up as a gay man in the 80 and 90s in Soviet (and then independent) Georgia, it is not exactly easy to come out and start living your life. In the 1990s, the country was torn apart by violent conflicts. Every society that faces crises like these tends to find scapegoats. Georgia’s hard-earned independence from the Soviet Union gave raise to ethnic and religious nationalism. Being gay was seen as a threat to “Georgianness” and as a result I literally perceived myself as a traitor to the nation. I was convinced that I had a problem; later, I realised that homosexuality was also a criminal offence. I heard about older people in the neighbourhood, how they were bullied and talked about behind their backs. I thought I would suffer the same fate.

It took some while before I could rationalise my feelings and transform them into a vision or a principle for life. The underground club scene in the gangland Tbilisi of the mid-90s was a perfect shelter for me to meet freedom-loving people: artists, musicians, writers, designers, performer, dancers. I thought it wasn’t possible to do much about LGBT issues back then, and my activism pushed me elsewhere, into disability rights advocacy. After returning from study in Budapest, I started organising queer parties. This is how we built a sense of community, before we eventually started organising in 2006. We set the precedent for LGBT organising being functional in Georgia. Today, there are number of groups that work on LGBT issues.

In general, the human rights of LGBTI people are looked upon as something unnatural, something imposed by the West. Most countries in the region do not cover sexual orientation and gender identity in their anti-discrimination provisions. In Georgia, parliament has decided that they can ignore discrimination if it is done in the name of “public morale” (whatever that means). Attacks on LGBTI activists, the murder of at least one trans* person every year, widespread homophobia amongst the police and healthcare workers alike — it all has negative effects. It is not easy to provide services for a community that needs to hide. As a result, high levels of HIV transmission among gay men has become a trend in Georgia. According to studies, 25 per cent of gay men in Tbilisi are HIV positive. Because HIV/AIDS is so stigmatised in society and in the community itself, this problem is expressed only in statistics, not in human stories. I felt that the community did not realise the scale of the threat it was facing, so I moved to work for the Eurasian Coalition on Male Health (ECOM), which works on HIV/AIDS and LGBT health and rights in eastern Europe and Central Asia.

Georgian legislation might look better than any other in our region. But again, what do we compare it to — the situation in Russia, Azerbaijan, Uzbekistan? I am not really happy with that. But we have come a long way already. This is due to the incredible job done by a new generation of activists. The determination of the community will prevail. But I do not think that anyone is obliged to pay attention to a campaign unless we succeed in making it happen. Nothing is free. In my opinion, every product developed by non-profits should be as attractive things that people pay for. So, often I take inspiration from the streets, observing how people communicate. And, of course, art! I always push for so-called “artivism”. It is crucial that we advance society’s thinking, that we show people problems from an angle they haven’t yet adopted, to show what they have not been able to see before.