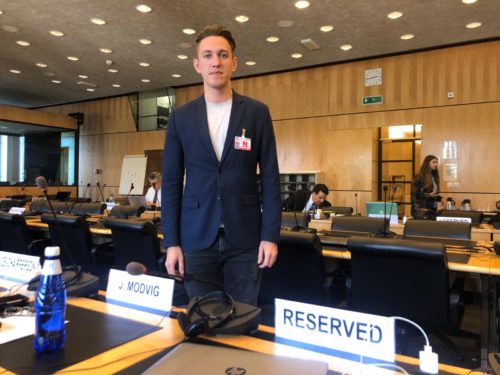 On 11-13 November within the 68th session of UN Committee against Torture (CAT), Uzbekistan is under its fifth country review.

In May 2019 ECOM in cooperation with Central Asian groups submitted report to the CAT on Human rights violations based on sexual orientation and gender identity in Uzbekistan for the List of Issues.

As a result, on 12th June in it’s List of Issues submitted to the government of Uzbekistan, the Committee against torture asked a full set of questions related to right vioaltions that LGBT face in the country:

(a)          Data on any prosecutions and convictions of public officials for subjecting lesbian, gay, bisexual and transgender people to torture and violence;

(b)          Data on investigations, prosecutions and convictions of private individuals for engaging in violence against lesbian, gay, bisexual and transgender people during the reporting period;

(c)           Information on whether any lesbian, gay, bisexual and transgender victims of violence have obtained redress.

In its official reply to the List of Issues on 20 September 2019, official Uzbekistan stated that:

On 11-13 November, ECOM Human Rights and Legal Issues Coordinator alongside with Uzbekistan Human rights defenders are attending the Country Review in Geneva.

Yuri Yoursky is advocating for the repeal of 120 Article of Criminal Code, which criminalizes consensual same sex intercourse between males, that in turns creates a basis for Torture against LGBT in the country.

After several meeting with committee reporters and efficient advocacy, on November 12th they’ve raised the LGBT-related questions with the official Uzbekistan delegations again. In particular:

“Finally the committee has received the information that lesbian, gay, bisexual and transgender person in detention have been subjected to violence and torture while in detention. It is also alleged that police are “actively persecute LGBTQ people”… It is also alleged, that such person often “leaving constant fear” because of attacks, harassment, violence, directed towards them by private persons. And because law enforcement routinely failed to investigate such acts of violence or provide protection. In question 9 of the List of Issues we asked information on that, and you said there is no criminal cases open on violence faced by LGBT. My question is, as the state party considered and will it consider adopting hate crimes legislation to ensure that such persons are protected from the violence and abuse? And whether the state party can clarify if the state party ready to accept any of the recommendations in paragraph 102 from the Universal Periodic Review, and specifically whether it will it repeal the 120 Article of Criminal Code which criminalizes the same-sex conduct”.

“In May 2018 Uzbekistan has not received 11 recommendations during UPR related to a specific issue, protection of LGBT persons. We would like to clarify if the State Party is now prepared in a way to accept any of those recommendations, specifically the repealing of 120 article of Criminal Code, which criminalizes same-sex conduct”.

The replies form the official delegation will be received today, starting at 15.00 Geneva time. You can watch in online at UN Web TV http://webtv.un.org/